The Budget: What's Going On? 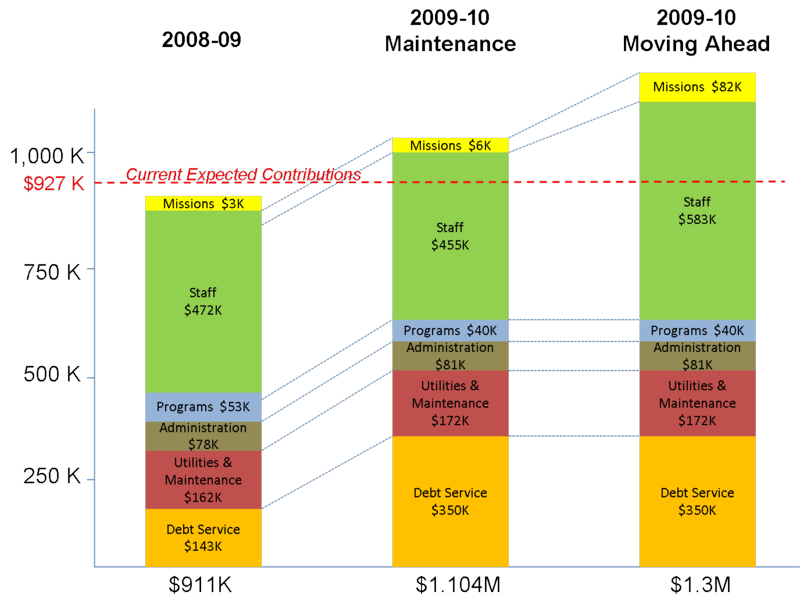 The last several weeks has seen a flurry of announcements, letters and meetings to explain where we are with our current budget.   Since our budget year begins July 1, the conversations have been pretty intense, and rightly so.  Funds that used to come in from our last capital campaign (Expanding Hope) have not been replaced with increased giving to our Operating Budget.  At the same time, our loan payments will now come out of our Operating Budget.  Simply put, the extra expenses to out Operating Budget have not been met with expected giving. The chart on the left (click on it to expand it) gives a pretty good summary of the situation. A more detailed explanation can be downloaded below.

More information will also be available at our Budget Q&A: Part 2 on Sunday morning in the Adult Education Area during our Community Time. I'll be there and if you have questions or concerns, please bring them. We'll get started about 10:10.  Download 2009-2010 Stewardship Q&A.

Last Sunday (June 21) we had a Town Hall-style meeting to discuss next year's budget, the gap we have between expected expenditures and expenses and what is needed to close it. We had some great questions.  This Sunday (June 28) we will have a follow-up meeting to help clarify answers and to update everyone as to our current condition.

We will meet again in the Community Time between the services (we'll start about 10:10) and because I won't be preaching (this Sunday is Mission Trip Sunday), I'll be able to be a part of the meeting, too. We'll have some top-level budget print-outs as well as some graphics to better visualize our situation. As before, we will have plenty of time for questions and hope to answer the questions and concerns that people have about our budget and how to move forward.

Have You Seen the Sculpture? 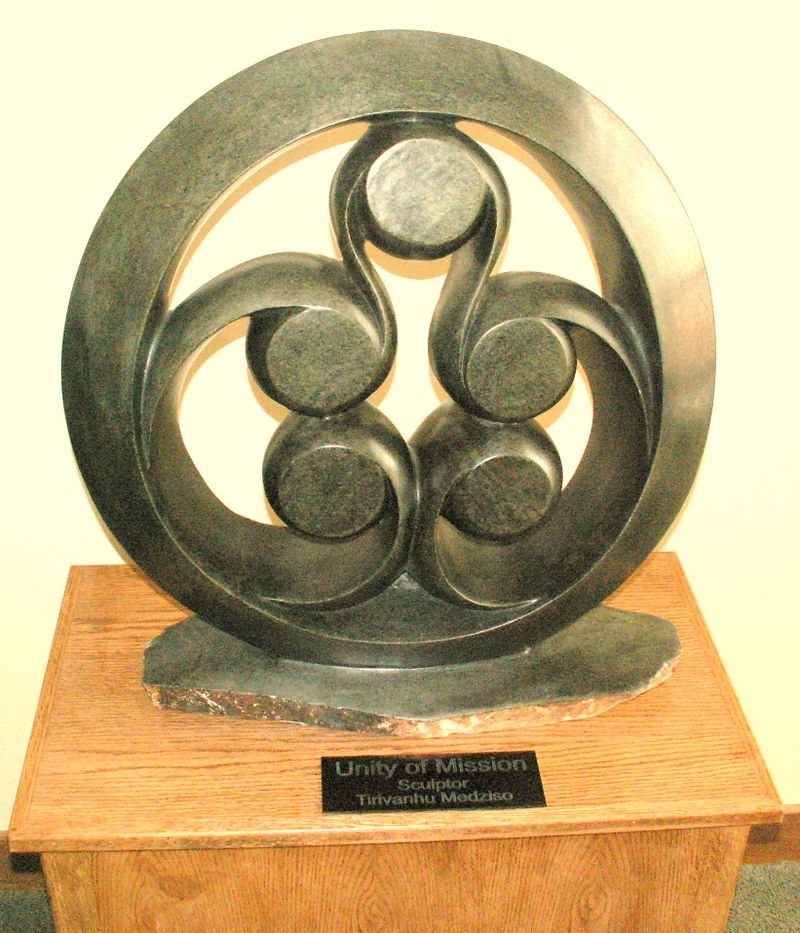 Have you seen the new sculpture in the Welcome Area? It was created by Tiravanhu Medziso, the Zimbabwean stone sculptor who has visited us the last couple years.

Through the efforts of our Zimbabwe Mission Partnership, Tiravanhu has been able to sell his pieces in the US and make a living for himself and others back in Zimbabwe.

This piece is titled, Unity of Mission and depicts,

Thanks to those who bought and donated this piece to New Hope to highlight the great work that is taking place in Zimbabwe and the great God who is behind it! 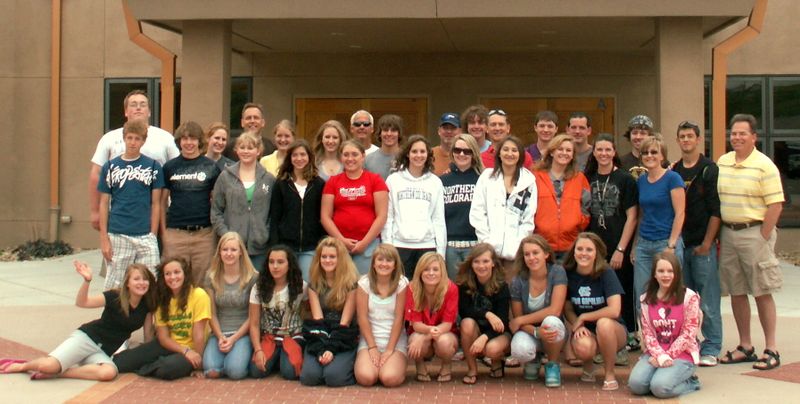 This year's Mission Trip got on the road this morning. 30 students plus advisers piled into the big green bus and two support vehicles and headed out to South Dakota.  For the next week, they will be working in Deadwood, South Dakota through Group Ministries.  Projects include construction and repairs along with 90 more people from around the country.

Next week's worship service will be led by members of the Mission Trip- always one of the highlights of the year. Please keep them- and their work, in your prayers this week.

No Pastor's Book Club on June 21

I had originally planned to have a Pastor's Book Club this Sunday evening, using Left to Tell as our book.

We have canceled the Book Club meeting. First, which dope planned a pastor's Book Club on Father's Day?- oh wait, that was me.

I think people caught the date problem before I did, because very few people have inquired about the event.

Left To Tell is still a terrific book and if you are looking for a terrific book about living your faith in trying times, I recommend it wholeheartedly. But we won't be discussing it on Sunday night.

You may have heard, we are facing a real financial crisis at New Hope.  If we had to make a budget today with the resources we know about, the results would be deep cuts- primarily in staff hours and positions. Obviously, the purpose of the church isn't to guarantee staff positions or salaries. There is however, a direct link to where we have created and focused staff resources and where the church is able to minister most effectively in our congregation and community. This is about more than Staff. This is about our church- our kids, our neighbors, our community and our world. The cuts we would have to make would seriously impair our ability to do the mission and ministry we know is vital .

You will be receiving a letter about that from our Board of Stewards. People are working on the budget. We are all being asked to revisit our pledge to next year's budget to see what can be done to increase them. Action is being taken.

Now it's time for prayer.

Continue reading "A Time for Action, A Time for Prayer" »

The World is Flat- and brief

We are living in interesting times.

Events in the past few days in Iran have everyone glued to their TV, computer or newspaper. Unless, that is, if you live in Iran. In Iran, people are connected to their cell phones and Twitter.

Many of us have read and enjoyed (or startled by) Thomas Freidman's book, The World is Flat where he talks about how technology is helping to 'flatten' the world. No longer is information being distributed through a few portals that are controlled by a few people. Twitter (and other social networking platforms) has made it possible for people to communicate with large groups of people without censorship or control. Ideas can form, develop and spread by virtually anyone with a cell phone (which are more prevalent in some nations than in the US).

Case in point is Iran and the protests that are rising up over the suspicion that the election results were manipulated to ensure the result the government wanted. Even though the international media has been banned from covering them, 'spontaneous' protests are springing up.  Instead of relying upon the TV and computer (both of which are monitored/controlled by the government), people are going around the controls and communicating via Twitter. The story in the NY Times confirms the important role that Twitter is playing in Iran- a role so important that our government asked Twitter to delay a planned short shut-down for maintenence, so as to not disrupt the vital flow of communication.

All this has me thinking about what the impact of Twitter, Facebook and other platforms will be on the church. What will it mean for the Kingdom of God that people can communicate quickly, freely and constantly?  Will it help- or hinder, the gospel?  What are some good ways of using technology like this to bless and glorify God? What are some dangers we should avoid?

No real answers to this one- just thinking.

Yes, Its Affecting Us, Too.

Is the downturn in the economy affecting New Hope?

That is a question I get from friends across the country. Some parts of the country are seeing steep unemployment. A story in the NY Times  confirms what many have suspected: Charitable giving has dropped significantly. Churches and other non-profit organizations are cutting budgets- deeply.   People wonder how we are doing at New Hope. Is it affecting us, too?

Continue reading "Yes, Its Affecting Us, Too." » 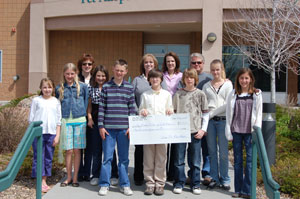 Have you heard about our Area 56?  That is the program for our 5th & 6th graders. It is a terrific program for those kids who are in between Elementary School and Middle School.  We celebrated Area 56 a couple weeks ago in worship.

One of the new things they did this year was challenge kids to give at least 10 hours of service. They also put together their own fundraiser and decided the money raised would go to help the local Dumb Friends League. The results exceeded expectations and our kids were highlighted on the Dumb Friends web page.  You can see the story here.

Beyond the hundreds of dollars that were raised and donated, Area 56 is making an impact on the lives of the students and their families. There is nothing more powerful than knowing you can make a difference in this world. There is nothing that gets us closer to the heart of Jesus than offering ourselves in service for the sake of others, either.

Sabbatical: Time to Rest or Re-Tool?

'So is a sabbatical and time to rest or a time to 're-tool'?