The responses to Haiti have been deep as well as wide. I guess that is part of what happens when people are open to the Spirit. I ran across a whole network of Presbyterian efforts aimed at helping with the relief and reconstruction of Haiti. I have just discovered it and wanted to pass it on to anyone who is interested (which is quite a few, based on responses). Even a quick read will give you a sense of the depth of response. Then again, should anyone be surprised?

Making a Difference in Haiti- The Story Continues

I love the way people are finding ways to make a difference in Haiti.  Earlier this week, I highlighted the work of our mid-week children's program (FaithWeaver). There were some great responses, including the question of how more adults could join in and help them put together hygiene kits (kids leading the way- isn't that a great image!). There will be more about that in the future.

Today I received two more instances of people and groups at work.  The first one is an update on what has been done and continues to be done in our presbytery and through Presbyterians for Disaster Assistance.  The second comes from someone who has been attending New Hope and is part of a group that has a history of helping in Haiti.

Continue reading "Making a Difference in Haiti- The Story Continues" »

Do You Have Your Ticket? 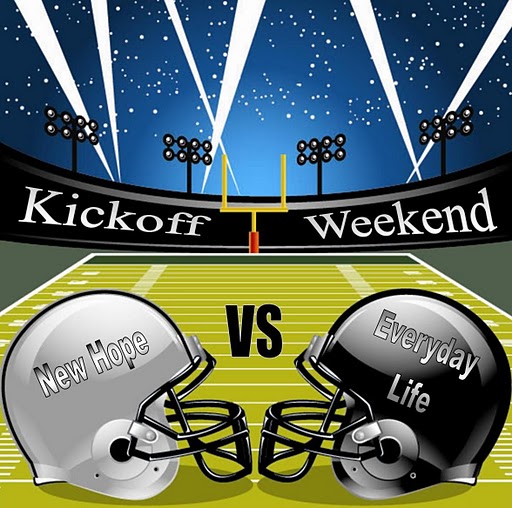 The Kick-Off Weekend is almost here!

I'm excited about this. I think it will be a significant experience for all who participate.

Continue reading "Do You Have Your Ticket?" »

Proud of Our Kids

Hey, check this out.

Our mid-week children's program is called FaithWeaver Friends and they decided they wanted to help the people of Haiti. They found out from Church World services that hygiene kits would be useful and volunteered to put some together. Betsy Nachand is the Director of that program and this is what she wrote:

"This week we sent home ziploc bags and letters explaining how to make a hygiene kit with our mid-week elementary-age group at church.  We should have at least 25 hygiene bags ready to ship by next week!  It's a small contribution, but when combined with many small efforts, it can make a huge difference.  We are keeping all of Haiti in our prayers."

Church World Service not only got Betsy's note, they posted it on their web page. You can see it here-  Church World Service along with the responses of other groups (we are about the fourth one down).  Tonight they showed the group some clips of what was going on in Haiti and explained how they could help. The kids jumped on the project. Its one thing to hear about all the pain and suffering somewhere. It is another thing to realize you can make a difference.

In case you missed the story in the paper last week (easy to do with the story on Haiti), Centura Health announced their intention on breaking ground for the first phase of their hospital. Their goal is to begin construction this summer and complete it in late 2011.

The first phase will consist of an Emergency Room and Imaging center, along with a Medical Office building, totaling about 60,000 square feet.  This will not only have a big effect for castle Rock, but also New Hope since it will be located diagonally from our location. There are plans for future stages towards the goal of a full hospital facility. Those plans will be contingent upon the usual population growth, economy, community needs, etc.

Just thought you should know!

A couple days ago I published some names of charitable organizations that have a good track record and could be trusted. I mentioned that this was not an exhaustive list, just a start.

Since then I have found some sites that give a longer list. One of those was an article from CNN, which lists a couple dozen organizations:Relief Efforts

That article lists Charity Navigator, a non profit listing and evaluation of large and small charities. This one is worth bookmarking. The listings are extensive and the research on each is helpful.

Why Do Smart People Do Dumb Things?

Have you ever wondered how normally wonderful, intelligent people can make such bonehead decisions that cause so much pain? Have you ever done that yourself?

We started a series on 'Growing Wise in the Ways of Life' last week.  The subject is Wisdom- and how to apply it. More to the point, why don't we apply it more often?  Why do smart people make such dumb mistakes?  What is missing?

Its more than information

Its more than education

Its even more than good intentions.

Tomorrow, we'll get to the bottom of it. It wouldn't be 'wise' to miss it!

Which God Are We Talking About?

Is Haiti cursed because its ancestors made a pact with the devil?

Televangelist Pat Robertson raised the issue yesterday on the CBN 700 Club broadcast. According to Robertson, Haitian slaves made a pact to serve the devil in exchange for victory over their French oppressors. Because of that, asserted Robertson, the nation is cursed and has suffered one tragic event after another. While he did not draw a direct line from this curse to the earthquake on Tuesday, the implication was pretty clear.

I suppose some historical correction would be important.  The myth that the slaves made a pact with the devil was propagated by the French at the time to explain the success of the Slave Rebellion. Hardly a historical 'fact'.  For more on the historical analysis, check out this article from the Christian Science Monitor: Robertson Comments on Haiti

My concern is more theological. I think God is getting a bad rap.  The Church isn't doing too well, either. Normally I would just ignore this kind of thing but when a prominent minister says something goofy in public, many non-church folks think it is representative of what all Christians think. While trying to figure out how to respond, a friend linked me to this post by Don Miller.  I have quoted from his book (A Million Miles in a Thousand Years) a few times lately and I think his response pretty well sums it up. Its worth the read. Don Miller's Blog 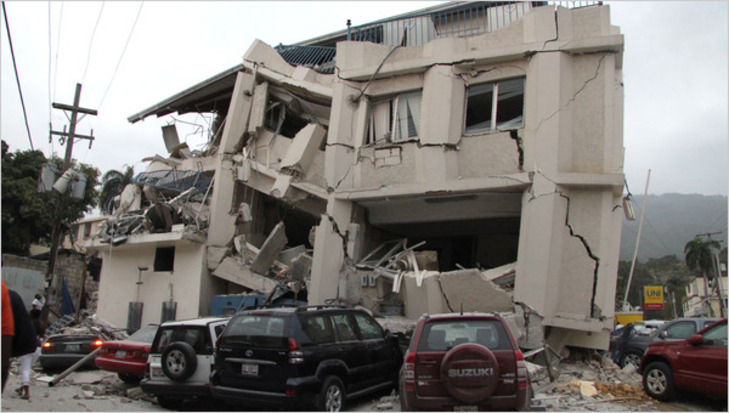 Its impossible to see the pictures coming out of Haiti and not wanting to help. But how?  Some of asked if we are going to take a special offering on Sunday for Haiti relief.  We have found the best way to get help to a disaster area is through direct giving.

Unfortunately, not every organization that is appealing for funds is effective- or even honest. How do you know which organizations to give to?

Bible Reading in the New Year

I found a nifty little site last year that helps with reading the Bible and a couple people have asked about it again.  Here it is: BiblePlan.

You can customize it to your particular interests and preferred bible translation.  Each day you get an email reminder with a link that will take you to the reading for the day.  If you are looking for a little help in reading the Bible and you are regularly on the internet, give it a try!