One of the better kept secrets of New Hope is that we host two Boy Scout Troops and sponsor one of them: Troop #260.  Earlier this week, I was priveleged to be part of an Eagle Scout Court of Honor for Greg Zwiers and Preston Rich.  It was a great evening and a celebration of a wonderful milestone for Greg & Preston, their families, Troop #260- and New Hope!

It's Time to Start Walking! 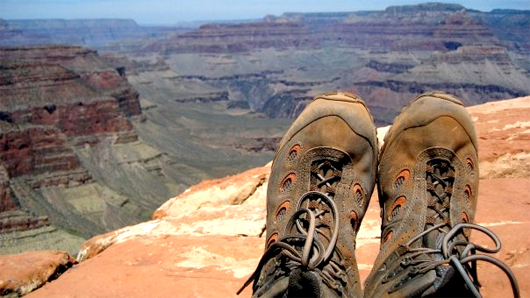 There was a great-grandmother who decided to walk from one end of the country to the other in order to raise awareness and money for a particular cause.  It was an ambitious project for anyone- let alone someone who was 80+ years old.   People told her not to go, but she went, anyway. When she completed the journey, people were incredulous. One reporter asked her how she went about getting in shape to be able to walk across America.   Her response:  “Well, you start walking. When you get there, you are in shape!”

The people of the Exodus would understand her answer. There was no way to get ready for the journey ahead of them. The only way to get there was to start, but start they must. Being chosen by, and set aside for God was exciting, but it was only the beginning.  Their task was now to take on the character and virtues that were necessary to be the People of God. How do you do that?  One step at a time.

Worship: What is the Best Time for You?

Some people like to get up and get going on Sunday with an earlier worship service.  Others like to start a little slower and then come later.  Which do you prefer?

Whichever time you choose, you will find the same full-spectrum worship service at both hours.  Last night, the Session voted to continue the same format of two services, one format. Whether you attend the 9:00 or the 10:45 service, you will experience the same worship format. likewise, the children's program will be the same each hour as well (Pre-Schoolers will spend the full hour in their classrooms, Kindergarten-6th graders will begin in worship and then move to their classes later).

Continue reading "Worship: What is the Best Time for You?" »

A particularly memorable bumper sticker proclaims, "I like Jesus, but his Fan Club scares me!'

I thought about that bumper sticker this week after hearing about the pastor in Florida who declared his congregation's intention to burn the Koran this weekend. People like that scare me, too. I was a little less grieved when I heard that the church only had about 50 members and wasn't part of some large campaign. Don't get me wrong, it is still a bonehead thing to say, but I could probably find 50 people who still advocate for a flat earth. If the press hadn't made this an international story, no one would have paid attention to it- or him.

Nonetheless, it is an international story and several people have asked me what I thought. Mostly, I think the less we mention it, the better. At the same time,I know that silence is sometimes interpreted as tacit agreement, and that wouldn't be good.