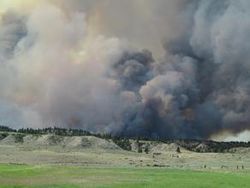 With all the understandable attention to the fires around here, I missed that there is a fire up near our youth on their mission trip. Here is the latest update, sent from Dave Arnett's cell phone:

Hey. We are all well. Fires to the east unfortunately taking out multiple homes and power for the entire reservation. So today turned into a free day since no power so no water. We're at a lake an hour away, swimming, and will head back this afternoon and see next steps. If power, then back to [normal]. If not, then Plan B. Plan B woulkd likely be staying in Missoula at the University.

Very limited connectivity here. Small Verizon [signal] at revervation school. Small AT&T [signal] here at the lake. But all well ith our group and groups overall. Unfortunately not for those whose homes are exposed.

Please include northern cheyenne folks whose homes are in the line of fire in the prayer.

General Assembly: It's Worth Watching 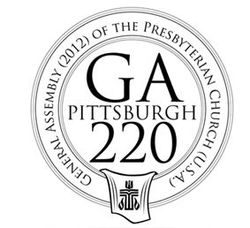 Do you know what is going on in Pittsburgh next week?

Its the 220nd General Assembly of the Presbyterian Church (USA).

Wait!  Before you click to find something more interesting or relevant, let me tell you why this General Assembly is worth watching.

General Assembly (GA) is a biannual gathering of representatives from around the country. For about a week, they worship, meet, deliberate, debate, pass resolutions, launch new initiatives, set directions for the denomination and (sometimes) make changes in our constitution. That is going to happen again next week in Pittsburgh. In the past, I have been known to take a less-than-interested approach to the all that takes place at General Assembly. I recognize that this is important work for any church, but it can also be a large distraction. My approach to some General Assemblies has been adapted from the blessing given in "Fiddler on the Roof":  "May the Lord bless and keep the General Assembly, far, far from me." If not the General Assembly, at least the press coverage which follows- and inevitably botches the reporting of what happened.

Granted, that is not the most mature approach to this aspect of the church and in the last couple General Assemblies, I have been finding myself watching more and more closely, the work that has been done. I have a better appreciation for the work that is being done, the difficulty in doing it, and the consequences of the decisions made. Still, I understand the general apathy (or even vague cynicism) that some folks have for General Assembly.

Why This One is Different

That said, I cannot think of a more important General Assembly in my 30+ years of ministry.  The last General Assembly lifted the categorical exclusion from ordination, those who are in non-celibate relationships (homosexual as well as heterosexual).  This has happened in the past. What made this time so significant is that for the first time, there was the necessary number of Presbyteries that concurred with this action. Since that time, there has been the formation of a new denomination (Covenant Order of Evangelical Presbyterians, or "ECO") with several notable churches that have already decided to leave. I discussed this in earlier blogs, "What Happened In Orlando" and "Keeping the Main Thing the Main Thing". There is a third part that I will postlater this week where I explain why I think forming a new denomination is a bad idea.

They're Off! Mission Trip Heads to the Big Sky 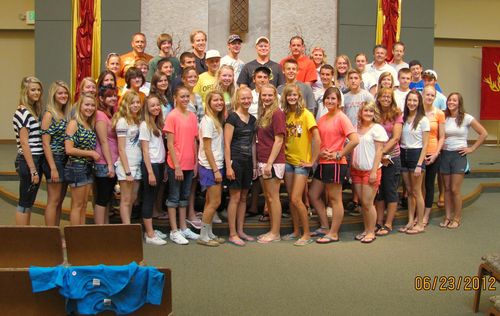 Take a good look at this group.

It's the Youth Mission Trip group for 2012. They are headed to Montana for a week to work on a reservation. The almost 50 youth and adults will meet up with about 300 participants from around the country.

There won't be internet, TV, air conditioning, or real beds. Phone reception will be iffy. Most of them will be riding in an old school bus with no air conditioning. They'll end up in Sheridan, WY tonight where the temperature is predicted to be 98. They are going to be working in 90+ degree weather all week. They are doing this on their vacation. The adults are even taking their vacation time so they can be a part of this.

So why are they smiling?

Continue reading "They're Off! Mission Trip Heads to the Big Sky" » 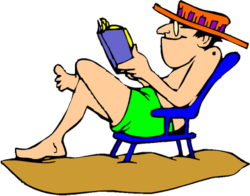 I've got a couple of recommendations!

Summer is the time when our weekly programs take a break- which makes it a perfect time be part of the Pastor's Book Club.

I pick books that I have found interesting and challenging- ones that make me think. Both of these are books I have read before, but in picking them up again, I have found new insights (generally the mark of a good book!). Here is what I selected this summer:

I've been thinking this week about Oxymorons- those words that seem impossibly different yet somehow make sense when they are put together.Like "Jumbo Shrimp" (thank you, George Carlin)

I want to talk about oxymorons as part of the sermon on Sunday and I'm looking for some help.  Here are a few of my favorites:

What are some of your favorite oxymorons?