« Keeping Christmas Well AND Keeping Your Sanity Intact | Main | Rhythm: Are You In Tune With God's Song? »

O When the Saints... 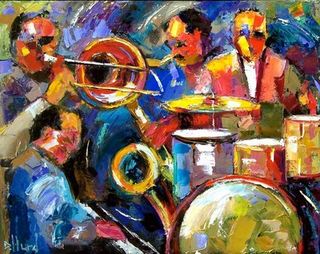 I admit, that when I first heard the idea, I was skeptical. How would Dixieland Jazz fit into a Presbyterian worship service?

I remember walking into the sanctuary the first year we tried it. I was a little worried about how it might be received (I think this was less than two months since I first arrived at New Hope). Here is what I saw:  The band was playing as people were coming in. Children were literally dancing in the aisles.Their parents were tapping their feet. Some were snapping their fingers while others were clapping along with the music. People were engaged. Presbyterians were moving.

Even before the service began I knew that we had established a tradition at New Hope!