On A Mission from God: Near & Far 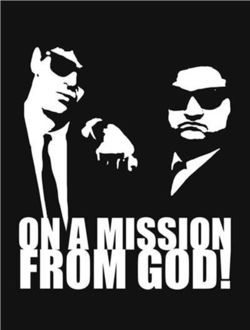 I have been thinking about Erik's sermon ("On a Mission From God") last Sunday. As part of the 'Sacred Journey" series (and therefore borrowing a clip from, The Blues Brothers), it raised the issue of what it means to have a life that is, "in mission". It was a great reminder that (in the words of John Huffman):

"Either you are a minister or you need one.

Either you are a missionary or you need one."

Maybe that is why these two items caught my eye:

With a headline like that, how could I resist? According to the research from the Center for Study of Global Christianity, 20% of non-Christians in North America say they don't even know a Christian. It gives a whole new meaning to "mission field."  It also suggests that Christians in North America tend to hang around people who are most like them and miss their neighbors across town- or across the street. You can read the full article from Christianity Today here. 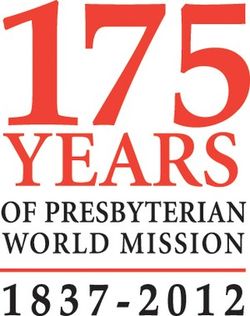 Of course there are people who go on our behalf to countries around the world for the cause of Christ. The Presbyterian Church recently celebrated 175 years of global missions and annually publishes a guide of its personnel around the world.  Doug Tilton was at New Hope earlier in August- he's in there. I was particularly struck by the section in the back that was titled "Mission Workers Serving in Sensitive Locations."  "Sensitive Locations" turns out to be a term we use for "dangerous places". For the sake of their safety as well as those with whom they work, I can't publish the names of these Mission Workers, their locations or their specific work on a website (their names and info are in the guide and you can see it in the office). It was a sobering reminder of the everyday realities that some people live in as they bear Christ's name. It is also a reminder that behind those donations we give to "Presbyterian Mission" each year, are people who make me proud to be associated with the name, "Presbyterian". It also humbles me to think how easily I am swayed from tending to the mission of God in my own backyard.

So, where are you "On a Mission From God?"