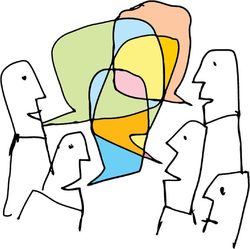 For the last 8 months, we have been engaged in a Mission Study at New Hope. It started with a congregational survey and focus groups (remember those?). We did some work with our demographics and had a consultant come in to lead a few retreats with the staff and some leaders in the congregation. The plan was to have a set of bold strategic directions in time for the 25th Anniversary of New Hope.  It was a good plan.

It just wasn’t what God had in mind.

Somewhere towards the end of our second leadership retreat, we realized that while we had plenty of great ideas, we weren’t ready to set  course.  We decided we wanted to engage more of the congregation in the process.  Instead of unveiling strategic initiatives during our 25th Anniversary celebration, we would involve as many people as possible in a Congregational Conversation.

What's Behind the Cornerstone? 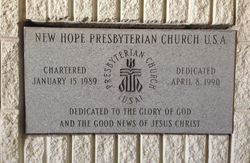 New Hope turns 25 years old this week. The Cornerstone outside the original sanctuary tells part of the story:  New Hope was chartered on January 15, 1989. We have reserved the next seven weeks (January 12- February 23) to tell the rest of the story: What God has done in and through New Hope. Lives that have been changed, a community has been blessed and the world that has been affected.  More than look back, we'll also look ahead to what God is wanting to do in and through this congregation in the years ahead.

It starts this Sunday. We get to peek behind the Cornerstone and into the Time Capsule that was placed there when the original sanctuary was dedicated. We'll get to hear from  some of the Founders of New Hope and hear some of their memories- and their dreams. There will be New Hope Time Line in the Prayer Walk and you'll get a chance to locate when your story first intersected New Hope's story.

What's behind the Cornerstone? A lot of prayers, dreams, sacrifice, persistence and hope.