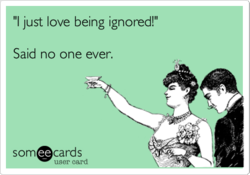 I think we normally do a good job of welcoming people at New Hope. That is why it is always discouraging to read messages like the one we got about a week ago:

My wife and I attended your service on Sunday the 12th and really enjoyed the service. The video was great. We even got a red mug. My concern is that we went after the service to have coffee and a donut and stood in the middle of the room with our red mugs where everyone could see them and not one person came up to us to welcome us...

It happens in every church sometime.There are typically three types of responses:

With all the attention on Ebola cases in the United States, it is easy to forget about the ongoing crisis in West Africa. Other than the ever-growing death toll, there isn't much coverage about what is going on in the countries most affected.

The Presbyterian Church USA  is part of the West Africa Initiative, which is working to give the equipment, education and support needed to fight this disease in the local communities. If you gave to the One Great Hour of Sharing offering, you are already part of the solution. To find out or give more, click here. 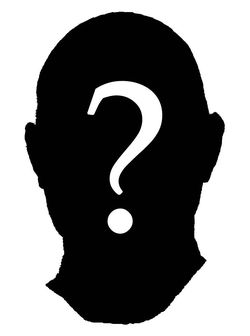 It’s October- where is our Director of Children & Family Ministries? We had hoped to have a new Director by the first of October.  What happened?

The Search Team spent many hours going through the applicants we received. They called, they interviewed, they pondered and they prayed. There were four ‘finalists’. All of them were wonderful people and all of them brought a different great set of gifts and talents.  Yet at the end of all the interviews, there was no consensus. We weren’t ready to offer the position to anyone, yet.

What became clear was that we weren’t “clear” on what we were seeking. We had a Position Description that we thought captured what we were looking for, but the interview process revealed that we were looking for something “more.” The reason we were ambivalent about our final candidates had less to do with our candidates and more to do with us. Our hopes for our children and family ministries were not well represented by our position description. It wasn’t bad, it just wasn’t enough. We found ourselves looking for “more.” We believe we are coming into a new season for our Children & Family ministries and we want to do more than maintain what we have been doing.  We want to build on an outstanding program and extend it into our growing community. 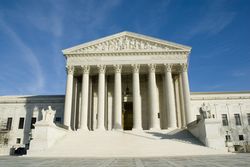 This last week, the Supreme Court made a huge "non-decision" regarding same gender marriages. Because it chose not to consider the cases brought before it, the decisions of the lower courts stand, allowing gay and lesbian couples to marry. Colorado was one of those states that was "on hold" until the Supreme Court had a chance to consider the issue. Since Monday's announcement, Colorado has lifted the bans on same-sex marriages.

Earlier this year, our General Assembly voted to allow congregations that were in states that allowed same-sex marriages to make their own determination about whether or not they would allow their facilities to be used for gay and lesbian weddings.

What does this mean for New Hope?

Session decided this summer that we would not make any immediate decisions on this issue, except to invite the congregation into a time of prayer and discernment. There will be no decisions on whether or not to allow gay and lesbian weddings on our premises until at least Spring. We thought it would likely be that long before the Supreme Court would rule on this issue and we would take that time to determine how we would respond. This week's decision by the court accelerated the urgency of this issue, but not our time line. We will take the time we said in order to discuss and discern how New Hope should respond to these decisions and to our community.

Here is what we has been happening so far:

We are laying a foundation for what we hope will be meaningful conversations. The first task is to get clear about what we believe and why. As we do that, we will be able to constructively engage with the different viewpoints of others. From there, we will be able to discern what our response as a congregation should be. We will also then be able to model for our community how people of different viewpoints can not only exist together, but thrive as we seek to follow our one Saviour.

Here are the books the Session has been reading and would invite the congregation to read as well. They are not the only books on this subect, but I think they represent their perspectives well.

Can You Be Gay & Christian?  by Michael Brown

The Bible's Yes to Gay Marriage by Mark Achtemeir