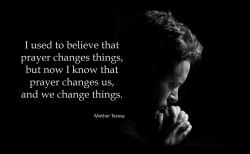 The Antidote for Toxic Religion

It is not just the name of our series, it is what we long to hear.

At its best, religion is able to connect us to God in ways that proclaim

There is nothing you are going to do to make God love you more...or less.

At its best, religion helps us embody and extend the unconditional love of God.  But the truth is, religion is not always at its best. In fact, many people wonder if it is the source of much of what is wrong with the world.

Bad Religion concerns itself with the things that take place on the 'outside,' but leaves the 'inside' alone. In our passage today Mark 7:1-23, Jesus criticizes the Pharisees for being scrupulous over ritual washing in order to appear purified and ignoring the darkness of their own hearts. We run the risk of the same when we get distracted by the outward things (i.e., drinking, smoking, dancing, clothing, politics, etc.) and ignore the things on the inside. Religion becomes an end in itself and instead of connecting us to God, keeps God away.

Religion is a safe place to hide from God.

All of us are guilty of bad religion some of the time- it's so much easier than dealing with God!

Toxic Religion doesn't focus just on what we do, but who we are- and who we are is someone fundamentally flawed and broken. At our core, Toxic Religion tells us, we are unacceptable, unworthy and unlovable. We are rejected, isolated and alienated.

That message is destructive whenever it is delivered. When it comes from the place where people go to for healing, acceptance, and grace, it's obscene.

Whether it is Bad or Toxic, religion has gotten a bad name, and deservedly so. It's enough to make people want to walk away. Many have.

We have all seen the surveys and read the stories: The fastest growing segment of the population in America is the segment that wants nothing to do with religion. Sometimes typifying themselves as "Spiritual but Not Religious", this group has grown to almost a quarter of all Americans- it is the single largest category for religious affiliation. And it's growing every day.

On the one hand, it's understandable- and even healthy. If religion has become toxic, the best response is to walk away. It does not honor God to stay in a toxic situation because God is not a sadist.

Even when religion is merely "bad", walking away can be the right thing to do. But walking away from bad religion is not the same as walking away from religion itself.  We are by nature, "religious." Religion involves the beliefs, practices, people and culture that we create in order to help us find identity and belonging, meaning and purpose. Whether it is in a church or not, we all find ways of being religious.

Which makes the article in this week's The Atlantic by Peter Beinart, all the more compelling. It's titled America's Empty-Church Problem and it looks at the effects of the rising tide of unaffiliated religious involvement on politics. One would think that if intolerance was the key factor for people leaving churches, that the result would be people who were more tolerant in their politics, but that isn't what was found. In fact, people who have left their churches, synagogues, and mosques have become more polarized.

As Americans have left organized religion, they haven’t stopped viewing politics as a struggle between “us” and “them.” Many have come to define us and them in even more primal and irreconcilable ways.

No final answers are given, but important questions are raised. How is it religious institutions that have a reputation for being narrow and intolerant, actually have people in them who are more politically tolerant than those who have left? 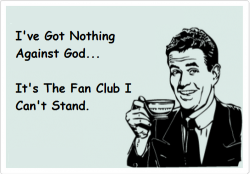 At its root, the word "religion" involves "connection." The root of religion is the same word we use today for "ligament," those essential parts of the body that
connect and hold all the other parts together. The original intent of religion is to "re-ligament": connect and hold all the parts of our lives and communities together. The fact that it fails at this with great regularity may have less to do with the structures and more with the cultural forces that are part of our lives today. Bad Religion is just a subset of the larger "Bad Living." Anything that allows us to focus merely on the exterior of our lives and not address the issues of the soul is going to have bad results, perhaps even toxic.

The antidote then for bad and toxic religion, turns out to be "Good Religion." I am not suggesting we double down on things that don't work, but rather that we rediscover what does. What are the practices, beliefs, communities and cultures that help connect us to an identity, meaning, purpose, and direction that enhances life?

The list of such things is not surprising, but that is because the activities are secondary. What is paramount and essential if they are to be more than superficial activities, is our intent. When the activity becomes an end in itself, meant only to establish and confirm our ego, then they are worthless at best and destructive at their worst. When these activities are seen as means by which God is able to work in and through us, then they become transformational.

Service: It can be self-serving (like the religious leaders in our passage) if it is meant to merely enhance our reputation and make us feel better about ourselves. When the intent is to become transparent the work God wants to do, it can be miraculous.

Worship: It can be self-justifying activity that enforces our worldview and insulates us from change, or it can be an occasion of gratitude, wonder, and openness for what God is yet to do.

Study: If it is done with the intent of reinforcing what we already believe, it can become smug and self-satisfied. People can weaponize their knowledge in order to win arguments and prove their own positions. Study can also be an activity that expands our ability to understand and participate in God's world.

Community: When done for the sake of itself, Community becomes an insulation from the needs of others. When community is seen as the arena in which we practice giving and receiving love, they become places of changed lives.

Prayer: It can be a vain attempt of coaxing God to pay attention to our needs and giving us favor, in which case it is pretty much a waste of our breath.It can also be something we do to increase our perception of God's grace and presence so we can be more present in our world. In that case, it is nothing short of transformative.  Mother Teresa embodies "Good Religion", so her words are especially important:

If this were only about ourselves, then it would be enough. But it is more. I can't think of a time when it was more important for Good Religion. We live in times that are polarized, divided and fractured. What is needed is a way to re-ligament our lives with God and one another. As we reclaim Good Religion, we have a chance to be part of the solution and not just another part of the problem. May we be people who embody and extend the good news of "God For Us."

Thank you, Russ, for the wonderful insights and excellent message. I was unable to be in the service this morning, so being able to read the message here was a gift. Thanks for spending the time to share this in this critical window. It's one i'm taking very much to heart.

First of all, I can see why you stopped paying Guido (aka Nick) and, after today I think you should stop paying Jordan as well. Just kidding you two, promise! Pastor Russ, your sermon today was very thought- provoking and inspiring. Thank you for all the thought you put into your message.

I so enjoyed your sermon today. It certainly helped to clarify differing types of religion. It helps me to understand how important "Good Religion" is and how to recognize bad and toxic religion and the steps I can take to practice good religion.

Thank you, Russ, for making your thoughts so user friendly in this written version. The notes I took will help me, but your complete notes allow me to share with others I care about. March 19 was just another rich, rich morning at New Hope.