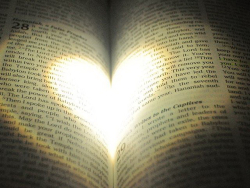 I recently wrote about the False Choice of Either/Or.

It is almost always wrong and sometimes even dangerous.

One place it the Either/Or False Choice is particularly hurtful is in conversations about sexuality.

You know how it goes:

Either/Or statements are simple, clear and easy.  Labeling and stereotyping people who disagree with us is satisfying- even fun.  Everyone is either on one side of an argument or the other.

Except when they aren't.

There are many people who find themselves in neither camp.  Particularly when it comes to questions of sexuality, their opinions and questions don't fit nicely into one category or the other. In a world of False Choices they have nowhere to go. Instead of risking being demonized by both sides, they live quietly and invisibly in a No-Man's Land. I have found there are a lot of people in churches who find themselves in that space and it is one of the reasons churches can feel unsafe.  No one wants to voice a nuanced opinion for fear of being shamed or grouped on the other (wrong) side of Either/Or categories.

That is why it struck me as pretty courageous when some people recently voiced the following:

"I endorse our decision to allow same-sex weddings at New Hope*. I'm not judging and I don't want to be judgmental. But I also don't know what to do with all those passages and teachings that say same-sex relationships are wrong. I don't know how to answer my friends who ask how I can endorse something that is prohibited in the Bible."

I thought, "I'm glad this is a place where people feel free to voice their opinions and their doubts."

I also thought, "The time is probably right to talk about why I believe what I believe about the Bible and Sexuality again. Its time to have another discussion, this time when there is no pressure of a pending vote and there is no anxiety about winners and losers."

So that is what I am going to do on Sunday, August 25 with a discussion titled, "Beyond Tolerance: Sexuality and the Bible"

I'll spend some time explaining what I believe and how I came to change my mind. My views on these issues go beyond not being judgmental or just wanting to be tolerant.  Some people thought my decision to allow same-sex weddings at New Hope was because I was under pressure to support the position of our denomination (PCUSA.)  Nope.

I think the Bible gives compelling reasons for endorsing same-sex marriage. I didn't arrive at this my position because I stopped reading the Bible. It wasn't a compromise of my beliefs to tolerate same-sex marriages. My views changed because I studied the Bible. As for compromising my faith, that would only happen if I chose to exclude same-sex couples from marriages. That's not to say I was a crusader for Gay Rights.  I wasn't, and it took me a long time to change my mind. Some would say, "Too long," and I wouldn't argue with that.  Sometimes I wonder why it took so long but it is also a good reminder that we all change at our own pace.

You may disagree with my views, and that is alright. There was a time I would have disagreed with my current views, too. I don't need to win any arguments or prove that I am right.   I think it could be helpful for anyone who doesn't comfortably fit into one of the Either/Or categories that are so often used. Questions and discussion are welcomed.

We'll meet in the Castle Rock Room at 11:15-12:15. Grab some coffee and a doughnut and come for some good conversation about an important topic.

*Five years ago, our congregation was faced with a decision of whether or not to allow same-sex weddings within our facilities. Same-sex marriages were ruled Constitutional by the Supreme Court and also allowed by our denomination (PCUSA). Same-sex marriages for the first time were legal by law and allowed by our denomination (PCUSA).  Each congregation was given the choice to decide whether or not they would their facilities yo be used for same-sex weddings.   After about a year of study, discussion and discernment, the Session voted to not discriminate the use of our facilities for same-sex weddings. If you were a member, you were a member and had the same rights as everyone else, regardless of sexual orientation. Even though we lost and still grieve the wonderful friends and members who left because of it,  I believe this decision was one of our finest moments.

I wish I could be there to hear your story, Russ.

This is only a preview. Your comment has not yet been posted.

The letters and numbers you entered did not match the image. Please try again.

As a final step before posting your comment, enter the letters and numbers you see in the image below. This prevents automated programs from posting comments.

Having trouble reading this image? View an alternate.

Comments are moderated, and will not appear until the author has approved them.

(You can use HTML tags like <b> <i> and <ul> to style your text. URLs automatically linked.)

(Name and email address are required. Email address will not be displayed with the comment.)