The Unlit Candles of Christmas

In the Church, it's called the season of Advent- which means "appearing" (for a 2-minute explanation of Advent, see the video at the end of this post.)  Candles have always played an important part in Advent. We light a candle every week in worship, each with a different theme:

It's more than simply repeating the practices of the past, of course.  It is also an invitation to the future.  At its best, Advent pulls us into what is "yet to be"- God's future. The real choice of lighting candles is not to extend a familiar tradition one more year, but whether to embody  God's hope, peace, joy, and love today.

That means the most important "candle" you will light this month...is you.

How do you relight that candle? What will help rekindle your passion and faith?   What miracles of the Spirit need to happen so Christ appears in you?

Here Are Two Simple Things You Can Do:

Thanksgiving Around a Big Table "We are at our best when we invite people to a Big Table."

That is one of our five core values at New Hope.  It seems like a pretty good reminder for Thanksgiving, too.

That is why I am excited about hosting an Interfaith Thanksgiving Service on Thursday, November 21 @ 6:30. The theme is "Living Gratitude Together," and we will have participants from Christian, Muslim, Jewish, Hindu, and other faith communities sharing how gratitude and thanksgiving are expressed in their tradition. There will be an all-community choir singing a piece we have recently used in worship (Awakening.)  What begins in the Sanctuary will flow afterward into a reception in Fellowship Hall with favorite Thanksgiving desserts.

Grief and the Holidays 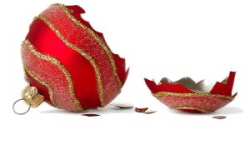 The loneliest people I know during this holiday season are those who are also in a season of loss.

Grief isolates us. Nowhere is that truer than at the holidays. The time between Thanksgiving and New Years can feel forbidding. The music, celebrations and activities that used to gladden us now leave us empty. Holidays have a way of turning up the volume on the pain that comes with grief. If they had their choice, many of those experiencing grief would prefer to skip the holidays altogether.

It's at this time of year that people in a season of loss can feel most misunderstood by those around them. With the best of intentions, friends and family try to cheer us up and make things better. Often, they don’t. Attempts to cheer someone up sometimes makes things worse.

That is why I am grateful for our “Navigating Grief in the Holidays” workshop at New Hope (Saturday, November 11, 10:00-Noon.) People who lead it understand the minefield that is the holiday season. People attending can be confident that no one is going to try to make everything “better.” The point is to get our bearings, find out what might help- and what doesn’t. There won’t be lots of platitudes or quick-fix slogans. Instead, there are people who have gone (and are going) through the same thing themselves.

Continue reading "Grief and the Holidays" »

Up until tonight, General Assembly has mostly been about reports, deliberations, meetings, and decisions.  There have been some wonderful times getting to know and work with people, but mostly, it was about business.

Tonight that changed. Tonight we passed something called the Belhar Confession. It began in 1970's in South Africa when theological students were challenged to respond to the oppression of apartheid not just with politics, but theology.

In 1986 it was adopted by the World Alliance of Reformed Churches. Tonight, it was approved to be part of our own Book of Confessions. Two representatives from South Africa attended tonight's assembly to bring greetings and offer thanks to the PCUSA for their action. We were told that even though it wasn't yet 6 am in South Africa, there were people waiting up all night to see if this would pass. Alan Boesak was one of the primary architects of the Belhar Confession and he was here, too. You can read more about it here.

I plan to explore Belhar throughout the summer, but first, click on the video and just listen to it. It was revolutionary in its day and it's still powerful today. It's a way to be connected to our brothers and sisters in South Africa, and also be informed by their experience of the gospel and God's grace.

Tonight, we approved Belhar. It was a long time coming, and should have been done sooner. But tonight, it passed. Tonight, General Assembly shifted in my mind from something important but mostly detached from life to something that changes people's lives and makes history. People half way across the globe were staying up all night to see what we would do. Tears, laughter, singing and dancing followed.  I'm usually suspicious of making pronouncements that don't bring real change.

Tonight, words and actions came together.

General Assembly: How Could Anything That Sounds So Boring Be So Important?

I have been selected as one of four commissioners from Denver Presbytery to this year's General Assembly. General Assembly is held every two years and meets in various cities across the country. This year, we will be convening from June 17-25 in Portland, Oregon.

Like all major denominations, the Presbyterian Church USA functions on the congregational level, as well as a national and global level. General Assembly is that time where the church gathers to consider what it means to be a witness to Jesus Christ at the national and global scale.

Continue reading "General Assembly: How Could Anything That Sounds So Boring Be So Important?" »

Had the privilege of being part of a Companions in Grief workshop on Saturday. About a dozen folks, mostly from New Hope, but also from the community came to learn how to better care for people in seasons of grief and sorrow.

When it came time to talk about  grieving and faith, I shared this video from Brené Brown and produced by The Work of the People. Thought it should have a wider audience, so I'm posting it here. Listen how Brené talks about her own faith, suffering, forgiveness and grief.  She covers a lot in less than 7 minutes!

Special thanks go to Leslie Clemensen and Karrie Filios for organizing and leading this workshop. I'm proud to be part of a congregation where people volunteer to learn how to lean into the places of pain and care for those who are hurting.

Everyday Spirituality: It May Not Be What You Think 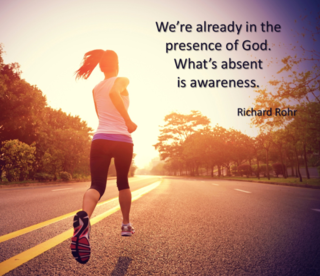 I'm offering a class called "Everyday Spirituality" tomorrow.  Here's why you may not want to take it:

You may think spiritual growth happens automatically and shouldn't need a special class.

On the other hand, you may think "Everday Spirituality" is another way of saying "Spirituality Lite"

You may think "spirituality" is an advanced class, only for those who are "spiritual."

You may think spiritual growth is about "thinking."

If you believe any of the above, you may want to stay away from this class. On the other hand, if you are looking for a way to deepen your faith and expand your connection with God, then I suggest you check it out.

For more than 30 years I have been a pastor and watched while some people's faith continues to grow and stretch them. They experience an increased awareness of God and their lives have more depth, purpose and joy.  At the same time (and sometimes in the same family), others don't grow. They come to worship regularly (at least at first), attend a Bible Study and even get involved in a group at church. They can be very busy, but they really don't grow much.

How is it that some people's faith changes their life and their world while others go to church for decades and never seem to grow?

Continue reading "Everyday Spirituality: It May Not Be What You Think" »

A Good Week to Be New Hope 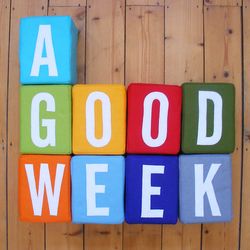 We have launched our new schedule, and have returned to two services! Once again, we offer worship at 9:00 & 10:45, with Sunday School for children at both times as well.

The response was terrific on our first Sunday back. MANY thanks to all those who helped make this possible, including our Greeters and especially, our Sunday School volunteers! We virtually doubled the need for both in a very short time, and people responded beautifully. By the way, we still need more people for Sunday School- particularly at the 10:45 hour. If you can help, please see Jordan.

There has been a tremendous response (again!) to our Giving Forest, and there are about a dozen tags waiting to be claimed. Next Sunday, we bring the gifts back (unwrapped and with their tags, please) for the Big Sort.

At the same time, our children's ministries will be presenting the annual Christmas Pageant as a major part of the 10:45 service.

Tonight, our Worship & Arts ministry presents the second night of our annual Figgy Pudding Party. It was a rich feast for the soul last night and it promises to be the same tonight.

Communion was served this morning, as we usually do on the first Sunday of the month. What was particularly powerful about this Sunday was the presence of our Communion Class. For the past month they have been studying what Communion is and what it means to partake of it. This morning, many in the class received communion for the first time, and they also helped serve! What a powerful way to build faith and include children in the life of the whole church!

Continue reading "A Good Week to Be New Hope" » 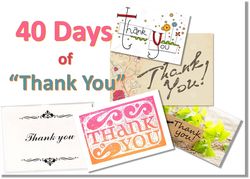 A friend recently challenged me to write a Thank You note everyday for two months. I liked the idea so much that I challenged the congregation to "40 Days of Thank You!". Its a simple concept: 1 Thank You note per day for 40 Days.

The concept is as powerful as it is simple. Gratitude is the foundational virtue for a growing soul. Practicing gratitude opens us up to the provisions and grace of God that are all around us. The more we practice, the more we see. The more we see, the larger our hearts grow and the more we are able to allow God's grace to flow in and through us.

How about it- are you up for this challenge? If you started on Monday, it would take you to New Year's Day. Let me know if you take this on and I hope you'll share your experience of "40 Days of Thank You!"

Why Are You Christian? Why—with all the atrocities past and present committed in God’s name, amidst all the hostile divisions ripping apart Christ’s Church, in spite of all our own doubts and frustrations and fears about faith—are we still Christian?

If you have been around the church for longer than a month, you've probably asked that question. For some, there isn't a sufficient answer and they leave.  Many of us stay, but its not because we haven't asked the question, or because we have answers that are completely satisfying. Most people I know would love some help with this.

That's why the "Why Christian?" conference caught my eye. The other thing that caught my eye were the sponsors:  Rachel Held Evans and Nadia Bolz-Weber. I've read their books and listened to them talk. I have been inspired by their honesty, wisdom and insight. I wasn't able to go to the conference but knew that if these two were hosting a conference addressing that question, it was bound to be worthwhile.

From all accounts, it was. I was most impressed by this recent reflection from Evans. Its worth a read.

Continue reading "Why Are You Christian?" »